Crazy Ukrainian Web Design (And why we need more of it)

In the last few years we’ve been seeing more and more cool stuff coming out of Ukraine: design, video, music, films and Verka Serduchka. Maybe it’s because of the revolution that happened in 2013, maybe because it’s been almost 30 years since the breakup of the USSR and a new generation has grown up. Either way, more people than ever wear cossack hair and are doing cool creative things. 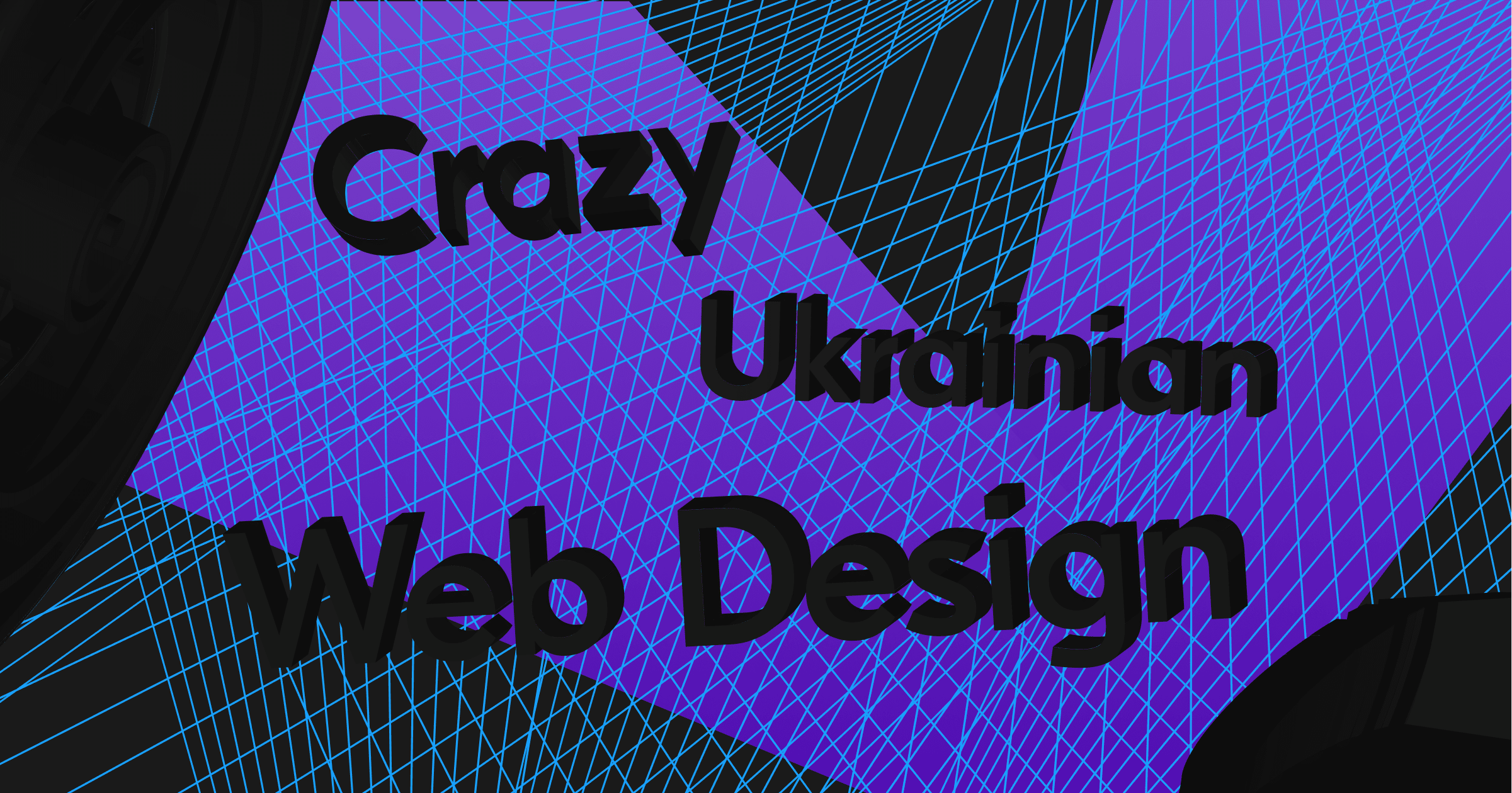 Today we’ll look at some crazy examples of web design. The Ukrainian scene has embraced the brutalist and anti-design movements, not only crazy art galleries and raves but some successful brands too.

Just like in architecture, brutalism in web design is about honesty, emotion and directness, bold lines and shapes and vivid contrasting and sometimes conflicting colours.

Anti-design is kind of the extreme version of that. These approaches are less accessible but more powerful than more standard designs. Despite some limitations, using design that’s a bit out there can be good for your brand but needs to be used cleverly.

A bit of history

According to one babushka’s book stall in the main square in Kyiv, Ukrainians are the oldest nation in the world, which would mean that we basically started design (fact check: this may not be 100% true). For a long time Ukraine was a part of the USSR, so most things in our reality are Soviet things, which is crazy enough already.

Ukrainians are the oldest nation in the world, according to at least one babushka.

Then there are our folk patterns, which are connected to nature and are trippy as hell. Traditionally made by babushkas, they actually look pretty similar to other Slavic designs but, well, ours are the best obviously. 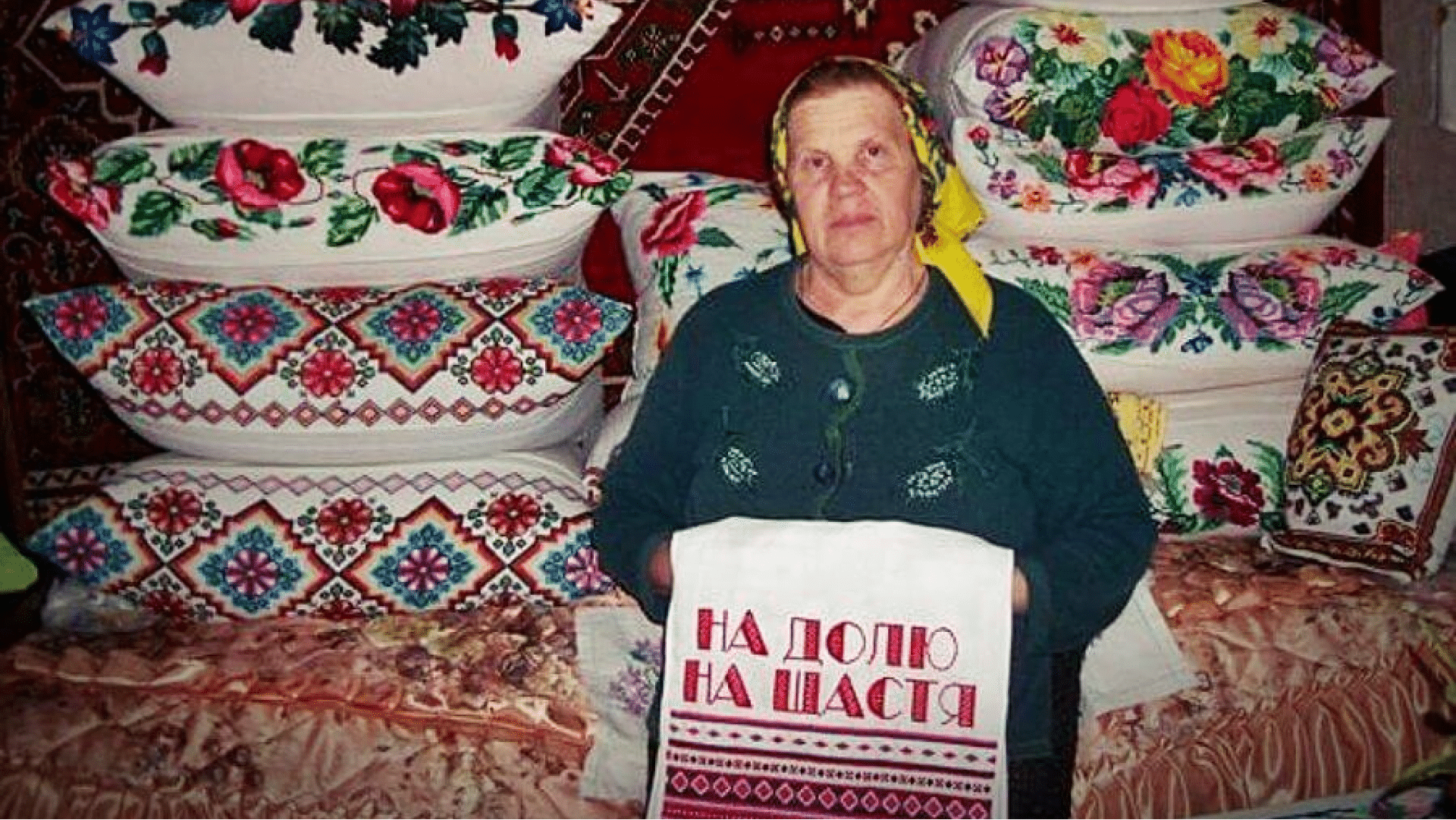 A babushka textile designer in her natural habitat.

Now onto the websites…we’re not trying to make Ukrainian design into a thing like Italian design or Scandinavian design, many Ukrainian-born designers are getting all kinds of awwwards for their work, and for a good reason. It’s ‘cause we do cool shit bro. And it’s much cheaper. So here we go…

At one point in history, the Ukrainian sushi chain Sushiya came up with this. How exactly that came about we’re not sure, but it made a lot of noise at the time, so we bet it sold a lot of sushi. Somehow the page manages to convey the Japanese mood pretty well, complete with gifs, collages and WTF elements like the boy using the Force to lift rolls.

It’s important to note that this is not their main website, it’s just what it is, a page about sushi with gifs. Their website is pretty standard. This kind of crazy approach works well as an additional element and it doesn’t mean you have to make all your marketing materials look like this.

An immersive, documentary-style website for an exhibition venue in Podil, Kyiv’s artistic and party center. The page features photos distorting and morphing into other things, with crazy overlay effects.

This Brutalist-style website is for a creative school that does courses on advertising, cinema and art. We like the inversion of text and background when going from first to second screen, which is striking but keeps readability. The photos are cool, everything looks cool, which makes you want to join their course because you think they know everything about design.

The online marketplace Rozetka (a bit like Amazon but in Ukraine), decided to celebrate their 15th birthday in style – with these basic graphics, complete with stock photos and simple shapes with numbers in them like it’s 1998. The 3d letters remind of the old days when people used to print them out and stick them onto things. If you zoom in you can see Shutterstock-style watermarks, but they actually say Rozetka.com.ua. We love it, great idea.

It’s great that they dared to make an ad campaign like this, because obviously some people will just think it’s lame. Or maybe they thought some people are so clueless that they won’t think anything of the design itself and just think it was done unironically, as an actual real attempt at design.