The WOWest of the WOW

A flashy website made to highlight the unique creative yet technologically advanced approaches to marketing and growth hacking of a super modern marketing agency. This was a time when we needed to intentionally go crazy and creative.

The biggest challenge was to create a WOW-site for the industry where WOW is the norm. And at the same time, we wanted to keep the website smooth and lag-less. 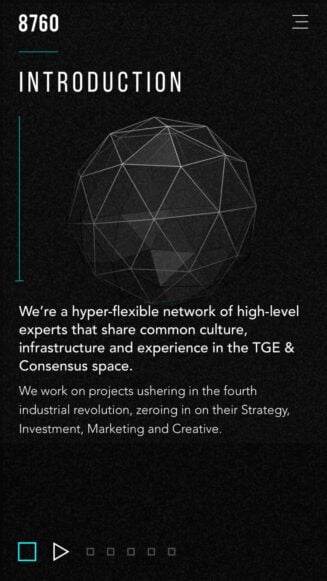 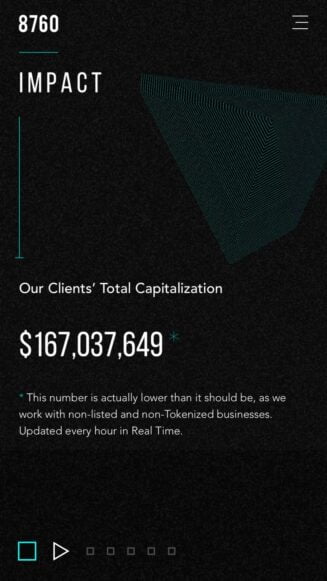 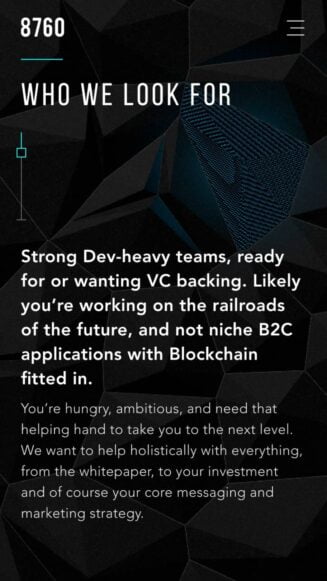 The best inspiration always comes from talking to the founders and getting to know them.

We asked about everything – from musical preferences (techno and electro) to their intense, workaholic pace of life, edginess, directness, and bold marketing and PR moves, which actually brought them success.

So, ladies and gentlemen, meet the creative highlight of this project that helped us implement the vision, complete the task and resolve the challenge.

We managed to bridge the gap between the web and the real world by tying website animation to a natural biological interface which is a human hand via using gyro as a proxy.

The process was also unique. Instead of a designer handcrafting visuals as usual, we went for code-based motion graphics, created by a developer under the supervision of a designer.

We used 3d shapes and Voronoi diagram tessellations to create the effect of a moving network.

Aside from the fact that The 8760’s team keeps getting random compliments for the website, we also won a bunch of trophies, the biggest of them was the User’s choice Mobile Site of The Year at Awwwards.