We have no idea where to even start.

This project’s scope was as enormous as the Giant Magellan Telescope’s total light-collecting area (368m2), and listing the highlights would likely take longer than casting one of its mirrors (~4 months). We settled on a “Greatest Hits” collection format instead.

With a client as groundbreaking (ahem) at the Giant Magellan Telescope, our vision had to keep up. We’re designing a website for the giantest (ahem) telescope currently under construction. By the way, for parallels, we’ve launched the website in multiple phases; this allowed us to include some ‘under construction’ pages for a short time.

It’s not the scale, it’s how you use it, and despite being quite gigantic, the Giant Magellan Telescope is by far the most effective Earth-based telescope we’ll see for quite a while.
Our idea was to make sure that the website speaks to those with limited knowledge in photonics and/or astronomy and scientists alike instead of casting a wide net and hoping that something sticks. This resulted in the main website reading almost like a National Geographic magazine, and the separate “For Scientists” section speaks in tongues; we’d be more specific, but we’ve had trouble pronouncing some of the words and figured that’s a great stopping point. 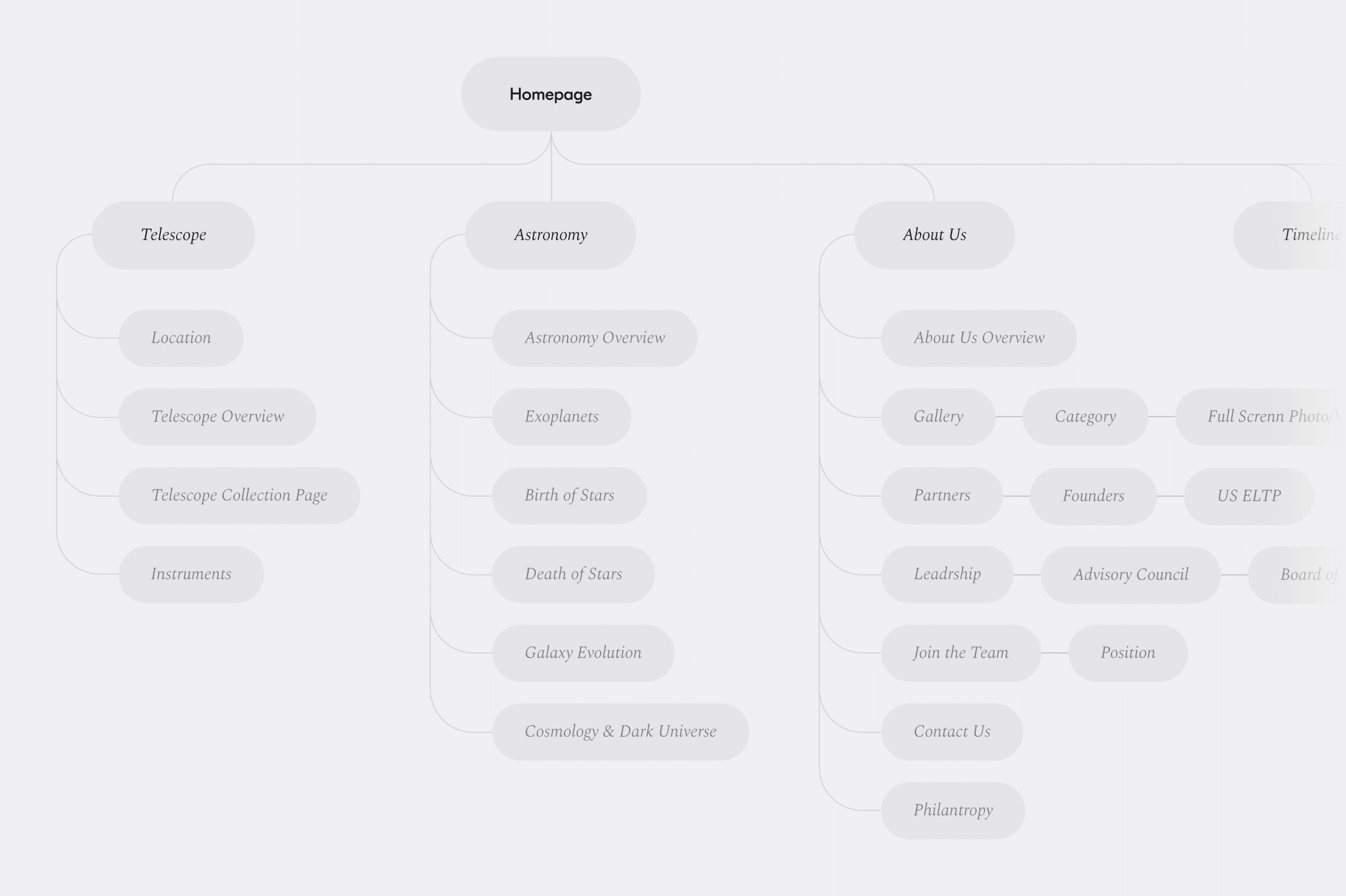 Did we mention that it had to cater to the general public and the scientific community?

The scientific community isn’t as easily impressed, though. A different approach was applied: an overlay that trims the fat and focuses on the science that makes the Giant Magellan Telescope (and the discoveries it will help bring to life) possible.

Many of us spent our teens and early twenties glued to astronomy books. TikTok wasn’t around yet, and we had to entertain ourselves somehow.

Considering how visual a lot of astronomy science is, we’ve had a great baseline to use for the design language. The color palette was an easy choice – We went for the dark spectrum of blues and purples to fit in with the topic at hand, accompanied by breathtaking animations provided by GMTO. 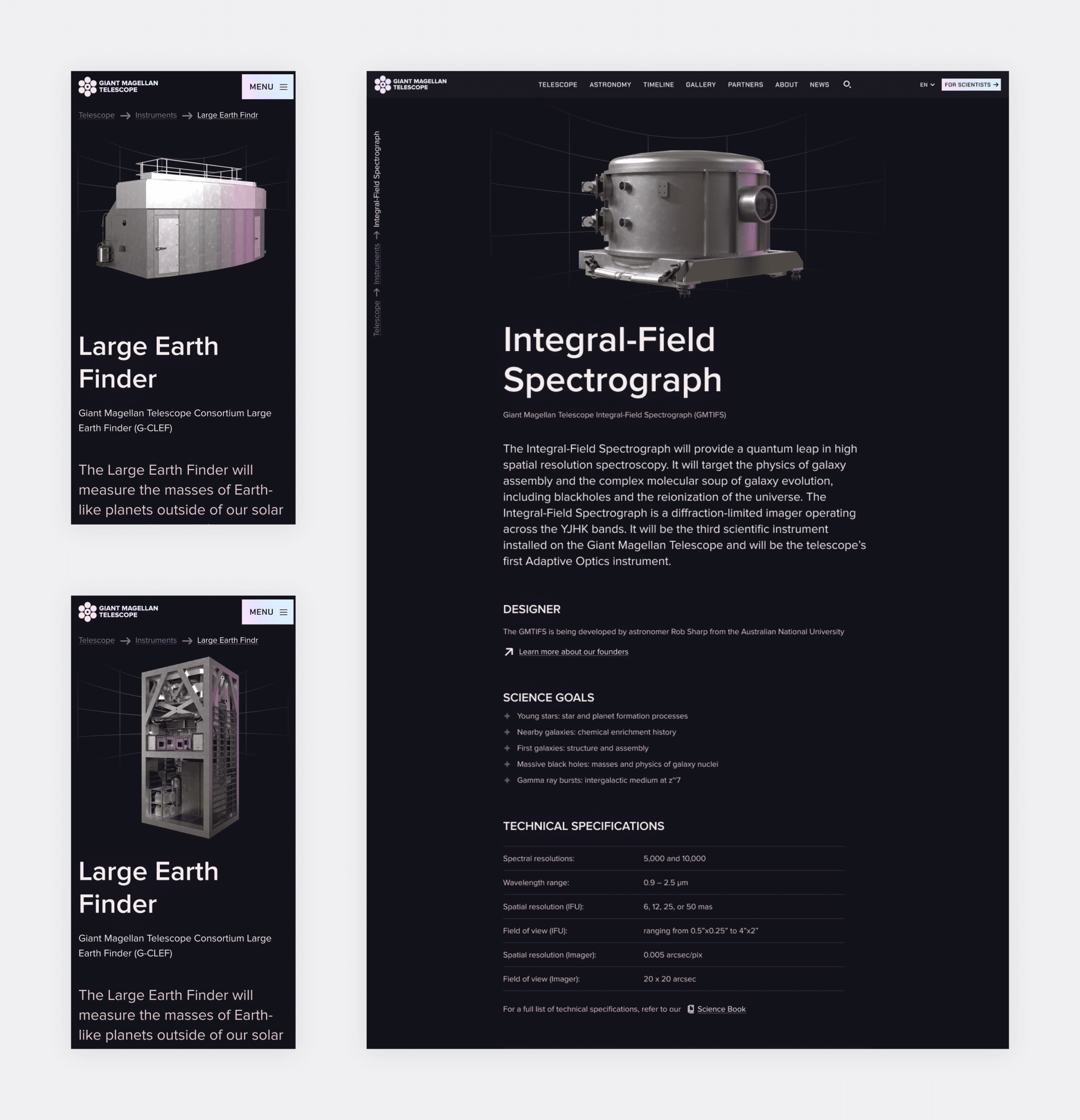 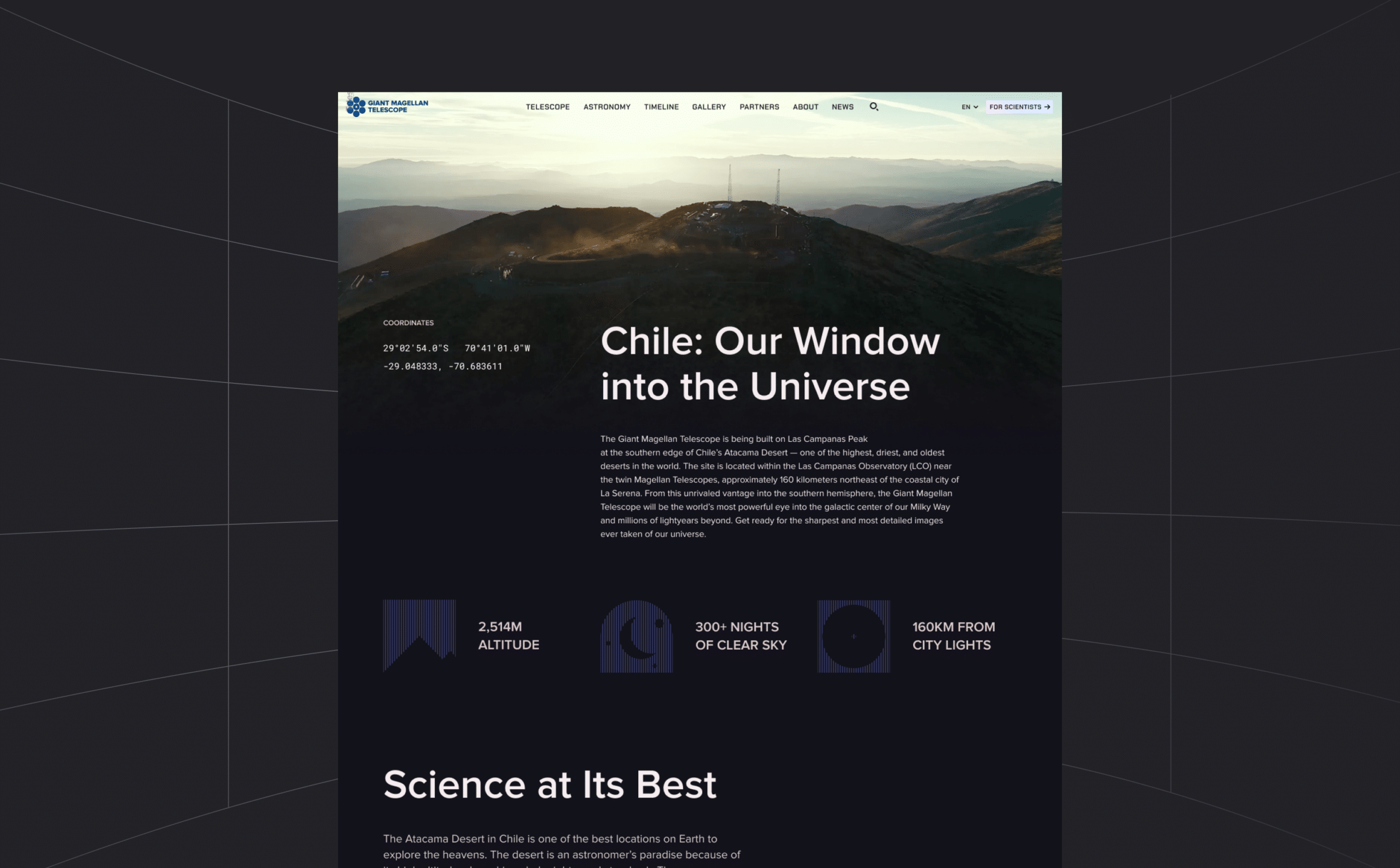 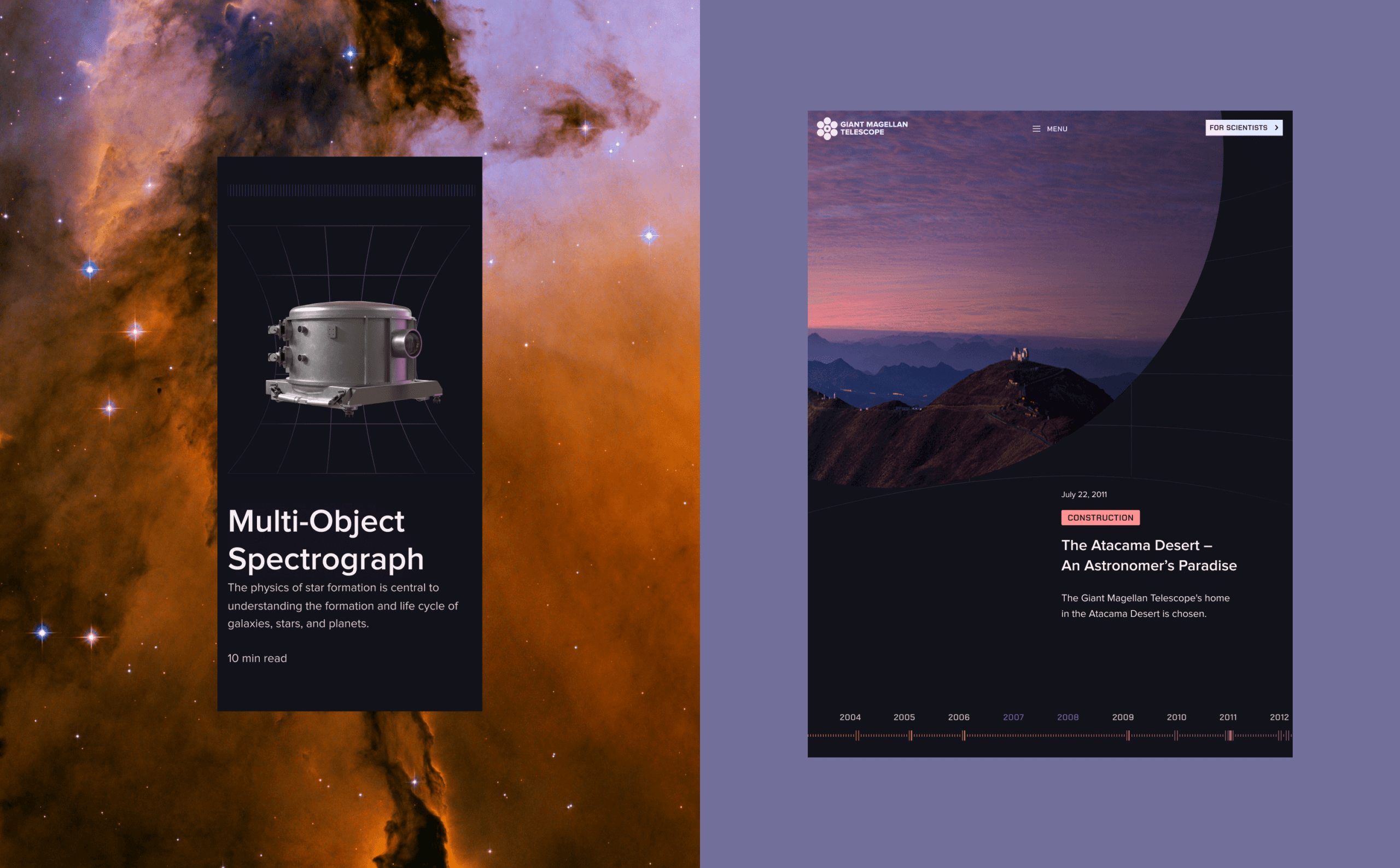 This is the big one. The project’s scope involved a lot of things that we wouldn’t usually be caught doing, like studying a ~300-page long science book, for example. We’ll submit our Ph.D. dissertation attached to the blog post about this project.

Since we weren’t strapped for time, there were multiple design iterations throughout the project’s course, providing several options to choose from. The last one suggested was the unanimously chosen one. It’s live; go check it out! 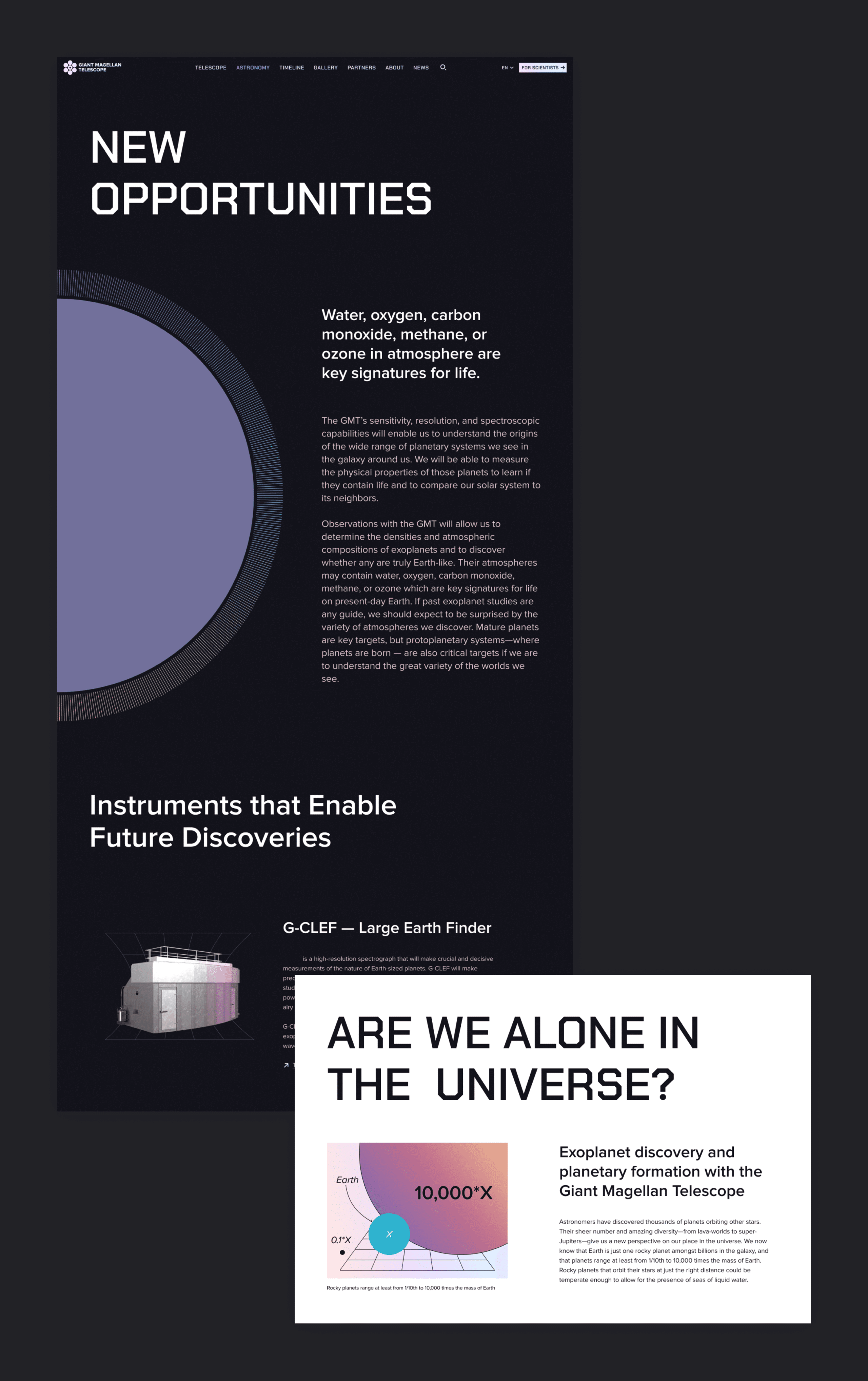 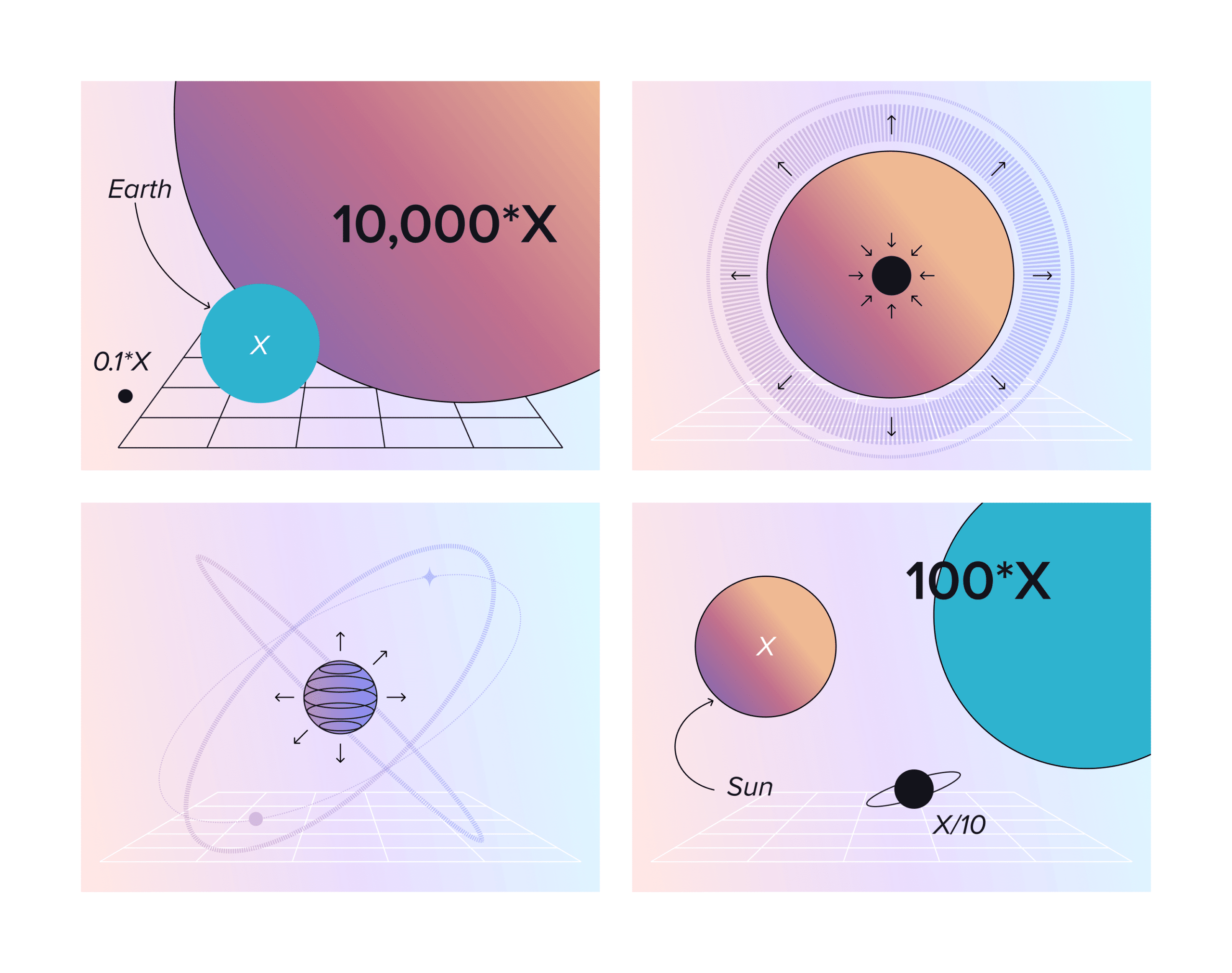 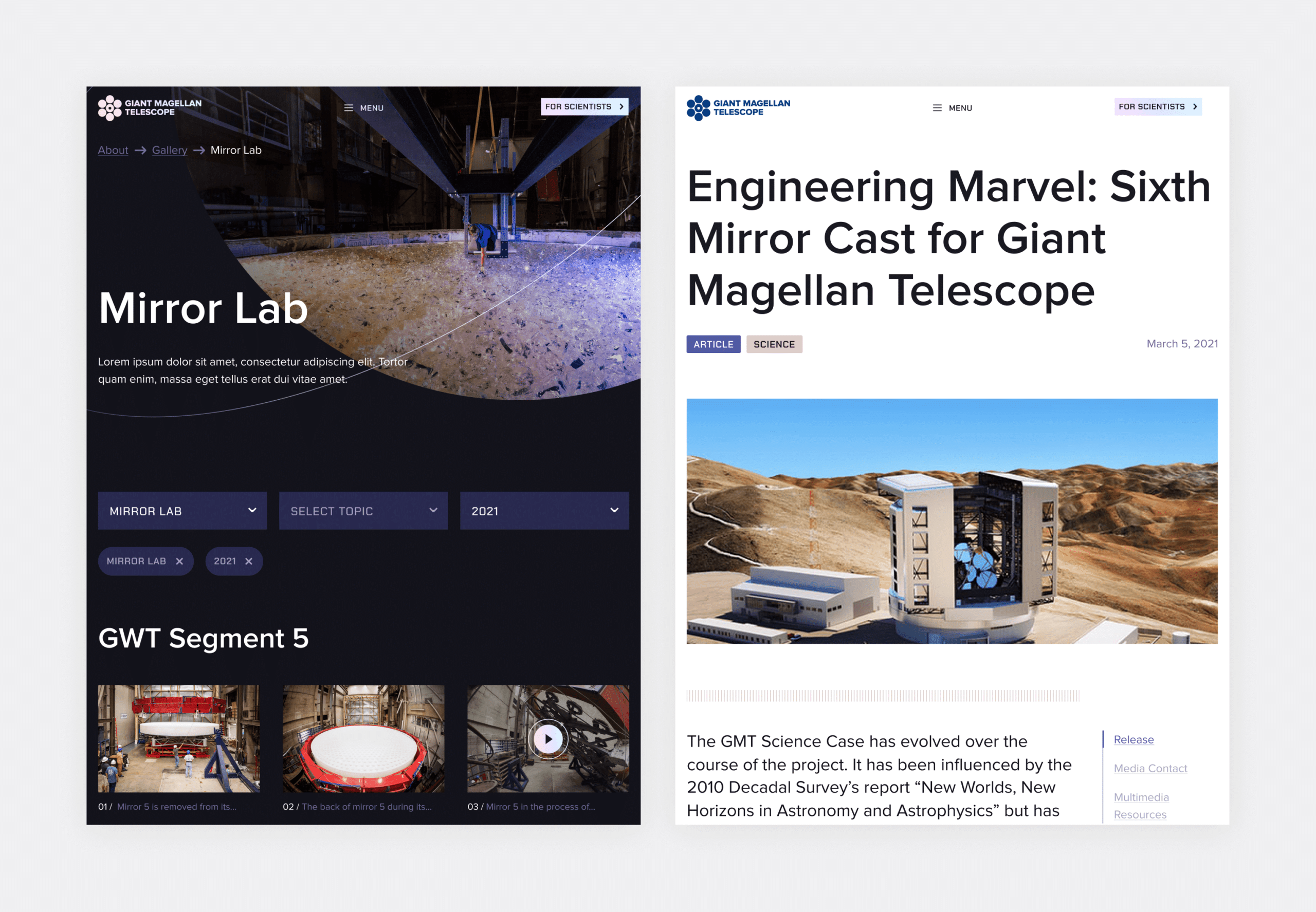